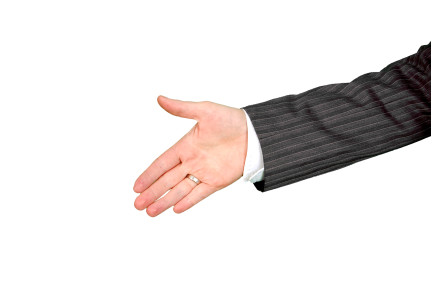 I am almost as far down the introvert scale as a person can get.  Instead of becoming bored or antsy from spending a night alone with a blanket and Netflix, I thrive off of it and could do it every night of the week if possible.  I will admit that after a day with no alone time, I am completely drained.  The thought of networking events, where the main purpose is to interact and connect with people you have never met before (gasp), is terrifying.  Although I understand the significant importance of networking, it is extremely intimidating.  After attending my first networking event, these are some things I wish someone would have told me about being an introvert and still conquering a networking event.

Before the event, you can begin to imagine all these scenarios in your head: Gaining a ton of new contacts, perfecting your first impression and maybe even being offered an internship.  It is good to imagine success, but if the phrase “networking event” makes your stomach start to hurt, you probably won’t be the chattiest one there – and that is okay.  These failed expectations will make you more hesitant at your next networking event, so just focus on having one or two meaningful conversations instead of 10 superficial ones.

If you are feeling nervous, being with a friend can make those nerves almost completely vanish.  This person can be your hype man, help keep the flow of conversation going or even be able to introduce you to someone they know at the event that you don’t.  Having a friend with you is great but don’t let this person become your security blanket.  Don’t be afraid to split up and make some connections on your own.

There is a lot to value in someone who is a good listener.  As introverts, we have the skill of listening down to a tee.  Before the event, think of some questions you can ask that will spur other conversation as well.  People love to talk about themselves, so be an engaged listener.  Ask questions like “What is the favorite part of your job?” or “How did you decide to do what you do?”  Don’t just keep asking questions, though; this isn’t an interview.  Open up and participate in the conversation as well.

Although networking events can be nerve-racking, I will definitely be attending more in the future.  Despite the fact that I can’t expect to ace my first networking event, practice really does make perfect.  You also don’t need to go to a networking event to practice networking, making it a goal to meet someone new every week is a good way to hone in on those skills.