The past week and a half has gotten a bit messy for Nordstrom Inc., a chain of department stores based out of Seattle, Washington. It started when they announced that they would no longer be purchasing items from the Ivanka Trump brand, citing low sales of these particular items as the motivation behind their decision. Nordstrom denied any allegations of their decisions having something to do with the recent boycott on companies carrying the brand. This move, whether politically motivated or not, set off a storm in Nordstrom’s territory.

In regards to Nordstrom, here are some of the facts. Every year, Nordstrom looks at its lowest selling brands and cuts about 10% of them from their product lineup. Another fact is that while Nordstrom’s sales rose over the course of 2016, the sales of the Ivanka Trump brand at the chain declined sharply (The degree of this sharpness is contested, but it is most likely that the brand faced at least a 30% decline in sales leading up to the election, though many sites may report larger losses). Finally, while we cannot draw an official connection, the decision to cut the Ivanka Trump brand did come after the boycott was declared.

Last week, as Super Bowl commercials took a political turn, I asked the question “If we will offend someone, no matter what we say, then how do we decide what to say?” It seems to me here that Nordstrom wanted to disassociate itself from the Ivanka Trump brand, not just for political reasons, but for business reasons as well. I’m not certain how much they cared about the “political statement,” but it seems clear that Nordstrom didn’t need numbers to know that keeping the brand would not place them highly in the sight of their customer base.

I think that Nordstrom is only the latest, and not the last, in a series of such instances which will continue for at least the next couple of weeks, if not longer. Nordstrom is not the first company to make a decision that resulted in ire from Donald Trump (below are just a few such instances), and thus many of his supporters. At this point it seems that most actions that can be interpreted as “political” are quickly forgotten by the public, and the damage is quickly undone. Trump’s “calling out” of companies on Twitter has become an overused tool, to the point where its efficacy has been lost. 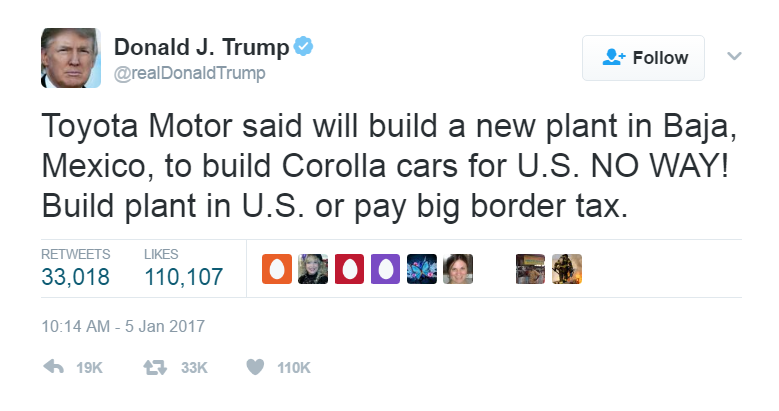 In that spirit, here is this week’s question, playing off of last week’s; If political statements will simply be forgotten by the public next week, should we bother regulating ourselves for them?